Can You Flush Food Scraps Down the Toilet? (And Is It Safe?) | Plumbing Professionals Near Me

Can You Flush Food Scraps Down the Toilet? (And Is It Safe?)

One thing we tend to avoid is food waste. Unfortunately, sometimes we just cannot avoid it. In such cases, we need to dispose of food scraps.

One thing that has most likely crossed your mind is getting this done by flushing. Sometimes, this might be an attempt to hide the fact that you’ve got leftovers. Alternatively, it might be an innocent attempt to just dispose of your food scraps due to the absence of garbage disposal.

Until now, you’ve never considered the implications of doing this. However, you’ve begun to question whether it is right. Well, we’ve all been there. And that’s why we’ve dedicated this article to you.

In this article, we’ll answer the question, can you flush food scraps down the toilet. We will then address other seemingly important questions. Dive in!

Is It Okay to Flush Food Scrap?

If you’ve been in the habit of flushing food scrap, then you’ve been doing something wrong. The fact is that it’s not okay, and you shouldn’t flush your food scraps down the toilet.

We bet the next question you’re asking is why this is the case. Well, it’s very simple. While it might appear surprising, the reality is that your toilet pipes are quite narrow. In fact, they are too narrow to handle food scrap. In turn, this can cause loads of issues for your toilet pipes and plumbing.

Also, although sometimes misconstrued, your food scraps don’t break down fast. You might find this shocking. However, it’s just reality. Unlike tissue and human waste, your food scrap takes quite a while to decompose.

In turn, continually flushing them through your pipe means they are accumulating. Eventually, this will just lead to plumbing issues in your home.

You might just be wondering why this isn’t the case with your kitchen drain.

So, here’s the thing. If you’ve ever wondered about your plumbing system, you’ll realize one thing. And that’s the fact that your toilet drains and kitchen drain leads to one place. However, when it flows down through your kitchen drain, it does so in small pieces. In turn, this makes it difficult for clogging to occur.

On the other hand, when it comes to your toilet drain. They get let down in big chunks. In turn, this makes them more likely to get clogged. Remember that the pipes are narrow.

However, you’ve got to keep in mind that flushing crumbs aren’t the same as food scraps. Precisely, with crumbs, they’ll hardly be enough to accumulate and cause you any troubles. Now, the problems occur when you make this a habit. In such cases, the accumulation of food scraps that can damage your plumbing system becomes possible.

Food Items That You Should Not Flush Down the Toilet

In case you’re not convinced, here’s a list of some food items you shouldn’t even risk flushing.

The first thing that comes to your mind is that it’s liquid. As such, you shouldn’t have any trouble flushing it. However, you’re wrong. Typically, this category of food items hardens after cooling.

In turn, they congeal within your sewer. This then restricts the flow of sewage. Even worse, they gather dirt over time to form fatbergs. This can then cause a wide range of problems for your plumbing system.

You also don’t want to flush hard food scraps. This is because they break down slowly. And like we already stated, they’ll create significant problems for you during this period.

These food items include animal bones, apple cores, and corn cons. They don’t decompose anytime soon. As such, they function as fodders for fatbergs. In turn, they’ll jam up your sewer lines in no time. Your best bet is to ensure that you place them in the garbage can.

Don’t flush grains inside the toilet. This is because of its capacity to clog your toilet. Precisely, with grains like oats, rice, and other grains, when you flush them, thanks to the intake of water, they keep expanding. In turn, this leaves you at risk of clogging.

Is It Safe to Flush Soup Down the Toilet?

Now that you know for sure that you shouldn’t consider flushing down your food scraps, you might still be curious. And that’s if the same rule applies to your soup. We understand that this is quite important because it’s easy to believe soups are liquid and shouldn’t pose any problem.

Unfortunately, you would be mistaken to flush your soup in most cases. This is because the same rule applies to food items, especially fat and oil, which applies here. Precisely, your soup might be greasy. In such a situation, it will get all sticky in your sewage system.

Then, the result is simple. The soup thickens within your sewer. This then restricts the flow of sewage. Even worse, they gather dirt over time to form fatbergs. This can then cause a wide range of problems for your plumbing system. So, it is advisable not to flush soup down the toilet.

However, where it’s not greasy and doesn’t contain other solid materials like bones, you shouldn’t have any problem. This is because it’s a liquid substance, and your toilet was designed to take even solid substance.

Of course, we advise you to flush twice in a case where you’ve to soup flushed down your toilet. This way, you don’t take any chances with clogging your toilet. Believe it; it’s not a chance you want to take.

What Happens If You Flush Food Down the Toilet?

question might be in your mind. And that’s is what happens when you do so. We understand that this is very important if you must understand why you shouldn’t flush food scraps. As such, we’ve taken our time to address the question.

So, if you decide to flush your food scraps down the toilet, here’s what you can expect.

The most significant result of flushing your food scraps down the toilet is clogging. And believe us, this is a very bad idea for you and your neighbors. Now, what does this mean?

As such, they remain in your pipes for weeks. And they continue to attach to other substances that find its way into your pipe. This is even worse where you flush sticky food items. Over the next couple of weeks, the residue increases significantly in size and continues to take more space.

The problem then occurs that as it takes more space, it is difficult for waste to pass through. Even worse, it makes it easier for waste to get attached to it, which increases its size exponentially.

Now, when it gets so big, it fills up the whole pipe. At this stage, it becomes impossible for any waste to pass through it. This is also the case with water. As such, when you flush your toilet, rather than have the waste go down, what you experience is the opposite. In such a case, you’ll find the waste coming back up and possibly flooding your toilet.

We best you don’t want that. So, that’s why you must avoid flushing food waste down through your toilet. Again, it causes clogging, which is bad news.

Do Toilets Eventually Unclog Themselves?

Another thing on your mind is if the clog you’re experiencing would leave itself. Well, it’s a valid question. However, there’s no one answer to that. The general fact is that a toilet can unclog itself. However, this depends on two factors that we’ll consider below.

The first is the material that caused the clog. In cases where you have a biodegradable material, your toilet can unclog itself. This is because it will break down over time. However, if it is not biodegradable, it might be impossible for it to unclog itself.

In this case, since food scraps can break down, it might be possible for it to unclog, only that it takes time. However, you’ll need to avoid more food scraps.

The next factor is the size of the clog. Typically, where the clog isn’t so big, it’s easier for it to unclog itself. However, in cases where it’s big and completely covers the pipe, it might be harder.

So, a combination of these factors will determine if a toilet will unclog itself.

How to Unclog Toilet If Gets Clogged Due To Food Scrap?

Like you already know, if you keep flushing food scraps, you’ll get your toilet clogged. The great thing is that this isn’t the end of the world. You can easily do something about it to get your home back in order.

Typically, you can address this yourself or call a professional. We advise that you try to address the issue yourself. If you fail to see changes or remedy the situation, you can get a professional to get to work.

So, if you decide to try fixing it all by yourself, here’s what you should do.

Your best bet in such a situation is to get the lid off your toilet tank. Afterward, flush the toilet. Typically, you might get a situation where the water begins to rise within the toilet bowl.

Now, where this occurs, you need to lift the float ball to limit the water. You can then put off the water at your toilet’s base. Now, once this gets done, get a plunger. Note that it would be best to get the deep-cup option rather than the shallow-cup plunger.

Once you get it, use it to force water through your pipes. This should typically clear the clog. However, in a case where it doesn’t, it means that the clog is far deeper than you can imagine. It’s at this stage that our second recommendation becomes relevant.

So, simply get across to the plumber for professional help. They know what to do. Even more, they have the necessary tools like scoops and cutters, to get through deeper clogs.

It appears almost normal that you empty your food scraps into the toilet and flush it. However, the reality is that it’s far from normal. As you have seen, it causes a wide range of issues to your plumbing. Eventually, you’ll end up spending a considerable amount of money on getting it back in good condition.

As such, you want to avoid flushing food scraps in your toilet. There are various alternative options. You can refrigerate the leftovers. You can also pack them properly and dispose of them in the garbage can. And most importantly, you can compost them. 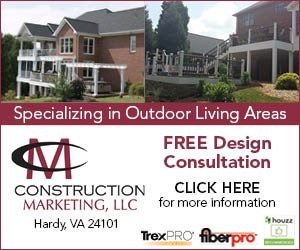 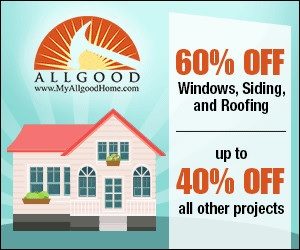 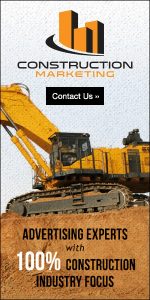